New sellers who have not yet sent in their first shipment to Amazon will not be able to do so until January 2017. This latest move by Amazon will leave many hopefuls on the sidelines as other previously-established FBA sellers fight for those coveted Q4 sales.
Share: 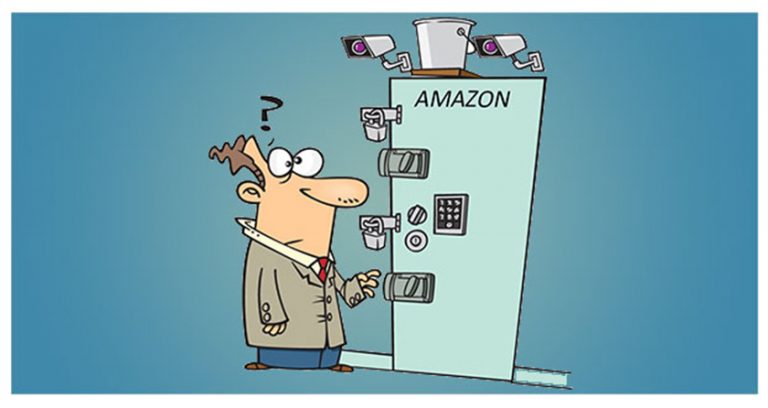 High profile individuals with sources at Amazon say the giant online retailer is expected to close the FBA program to new sellers during the Q4, 2016 period.

New sellers who have not yet sent in their first shipment to Amazon will not be able to do so until January 2017. This latest move by Amazon will leave many hopefuls on the sidelines as other previously-established FBA sellers fight for those coveted Q4 sales.

Amazon Notification Was Up, and Now it’s Gone

Some sellers have reported seeing a slightly different notification on Amazon stating that sellers who have not shipped their product in by October 10th are invited to start shipping their goods after December 19th.

The term, “invite” seems to suggest a seller would have an option. Representatives at Amazon’s Seller Support had no information about this topic or what was meant by the term ‘invite’.

By 5PM on October 10th, the notification was pulled. We are waiting for it to reappear with updated information. It could be that Amazon is loosening up on the expected announcement that all brand new FBA sellers with no previous sales would not be allowed to participate in Q4 sales. Sources still maintain the more strict version of the policy is coming.

When this blog post was first released it was based on information received from unofficial sources. Later on, reports started coming in from people trying to create shipments who saw this notice appear on their screens:

“Your shipment plan cannot be created at this time. We are restricting shipments from new-to-FBA sellers to ensure we have the capacity necessary to receive and store inventory and to ship products to customers quickly. If you have not completed your first shipment to Amazon before October 10, 2016, we encourage you to start shipping to Amazon after December 19, 2016. We encourage you to continue selling on Amazon and fulfilling orders directly to customers.  We apologize for any inconvenience.  If the situation changes before December 19, 2016, we will notify you by e-mail. We apologize for any inconvenience.”

Is This Good News or Bad News?

Depending on who you are, and what stage you’re in, this could be good or bad news for you. If you’ve already been selling on Amazon FBA, this is definitely good news as it will help ensure that Amazon can deliver products in a timely manner as their Prime customers have grown to expect.

But if you’re a new seller or if you’ve only sold Merchant Fulfilled items, and you were planning on selling on Amazon FBA this holiday season, this seems to be a show-stopper.

These are NOT The Holiday Selling Guidelines from 2015

In an effort to keep orders arriving on time to customers, last year, Amazon limited the toys and games category from some Merchant Fulfilled sellers. In late August 2015, Amazon updated their “Holiday Selling Guidelines in Toys & Games.”

These Guidelines stated the following:

It’s evident that Amazon’s motivation behind these guidelines was to avoid delayed packages, and most savvy sellers expected to see these limitations this time around. But the new changes that are expected for Q4 2016 came as a complete surprise to most MF sellers who were hoping to jump in on the FBA game.

Why Is Amazon Doing This?

With the rise of demand and sales that Q4 brings, Amazon usually experiences a huge flood of sellers looking to cash in on the holiday shopping craze, but these ‘growth spurts’ don’t come without consequences.

Amazon Warehouses Bursting at the Seams

In March 2016, Amazon started limiting third-party sellers from sending in ASINs that had high inventory levels and low demand. This move mainly affected retail and online arbitrage sellers who had sourced inventory to later find out Amazon had restricted those ASINs from being sent into the warehouses.

Additionally, to restricting ASINs, Amazon also announced increased storage fees and reduced weight-handling fees for the months of November and December of 2016. These fees are designed to incentivize the sale of bulky and heavy items and to disincentivize the shipping of low-demand inventory.

Another move Amazon has made in order to free up space in their fulfillment centers was to offer free removal of inventory back in August, this free removal would allow the seller to avoid paying the regular removal fees, but had the caveat that the removed inventory could not be sent back in until after January 1, 2017.

These measures were effective to an extent, but with the recent announcement, it’s clear Amazon wants to ensure they can uphold their service quality standards their Prime members have grown accustomed to.

What Can New FBA Sellers Do About This?

This is certainly NOT the news a prospective FBA seller wanted to read about, but is this the end for them? We think not.

This new block only applies to FBA, so if you have inventory coming and you see yourself blocked from selling your items on FBA, you could still have the option to sell your products Merchant Fulfilled. It’s certainly not the ideal scenario, but it’s not the end of the world.

Alternatively, you could explore the possibility of partnering up with friends who may already have an open FBA account and list the new SKUs on their account so you can cash in on the holiday season. Again, not ideal, but it could be better than having to wait around three months with money tied up in inventory.

Lastly, there are certainly other channels to be explored other than Amazon. If you have incoming inventory and you’re blocked from listing it as an FBA product, you could try listing it on eBay, Newegg, Rakuten, Sears, Etsy, Jet, Wal-Mart, to name a few.

This comes on the heels of two recent announcements from Amazon that shook sellers to their core. The first announcement had to do with brand gating, which caused a major uproar in the retail arbitrage community. Many big brands began restricting the ability to sell their products on Amazon unless a seller was approved by the manufacturer and paid a non-refundable fee that could be as high as several thousand dollars. We now know that Amazon is also making this brand gating available to sellers who join their Amazon Exclusives program.

The second big policy update, which many agree was the most significantly impacting change in years, was Amazon’s ban in incentivized reviews. The launch strategies used many sellers to get reviews quickly has predominantly been done through review groups or services such as Snag Shout, Review Kick, I love to Review, and many more. These services quickly changed their terms of service to not force their reviewers to leave reviews, but this left people scrambling and running from the services in fear that a rogue reviewer might leave a review and cause their account to be suspended.

“The full fallout of this change is still filtering through the community,” says Manny Coats, Founder of Helium10.com and host of the AM/PM Podcast. “I’ve said it in the podcast, and in our Facebook group (FBA High Rollers) that one thing is for sure, and that is that sellers are now looking for different ways to generate their initial reviews during a product launch, and this will likely mean a much higher volume of seller to customer email communication, asking for those initial reviews. This is the fallout of Amazon’s policy change.   It is likely that this increased email communication will be the next big thing Amazon focuses on.”

A poll taken in the FBA High Rollers group for Amazon sellers showed that most sellers were happy with the new policy change on reviews.

Have Anything to Add to The Conversation?

If you’re a new seller that has been affected by this recent change, or you know someone who has been, we’d love to hear from you. Please be sure to comment below and share the details of this unfolding story.