6 Reasons Why Amazon Sellers Should Sell on Walmart.com’s Marketplace Too

Amazon sellers can make revenue on Walmart too. Check out this Walmart vs Amazon case study where we compare the differences between platforms.
Share: 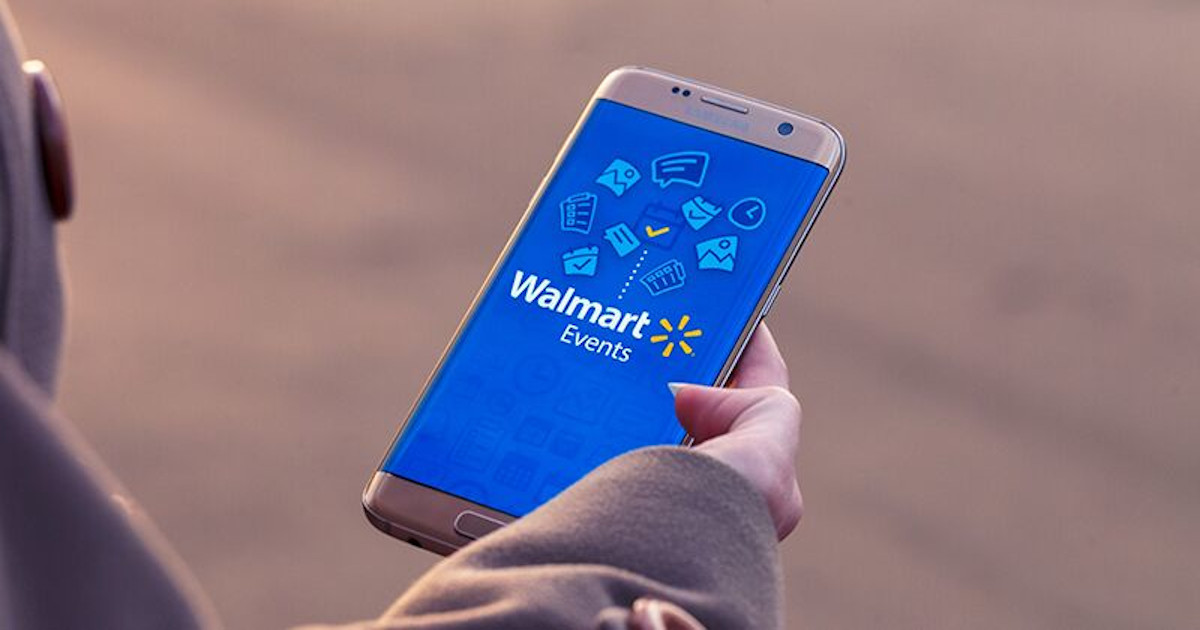 Amazon Sellers Should be Walmart Sellers Too – 6 Reasons Why

Do we exist in an Amazon echo chamber? Sometimes as self-made Amazon entrepreneurs, we forget that other fertile e-commerce lands are out there, waiting to be cultivated. Nobody questions Amazon’s status as the dominant personality in e-commerce, but while everyone is busy fighting over every bone Amazon tosses our way, let’s take the opportunity to stake out claims on other frontiers.

In the last few years, Walmart has been aggressively developing its ecommerce reach by acquiring major ecommerce brands Jet, Bonobos, and ModCloth, continuously updating its shipping offers for customers, expanding inventory eligible for those shipping offers, and increasing its SKU footprint overall.

Basically, Walmart is serious about winning a share of the ecommerce market.

A look at traffic and sales trends of Walmart’s ecomm presence tells us that Walmart, while not experiencing the same explosive growth that Amazon is, is still making generous headway, enough that third party sellers should seriously consider it a viable selling option.

But that’s not all. Here are some reasons why you should seriously consider testing the Walmart waters.

Walmart is serious about being a main player in the ecommerce game. The fact that it’s only second in traffic to Amazon (in the US) and third in sales is impressive, especially since Amazon and eBay are native to ecommerce, and Walmart is not.

Whereas eBay and Amazon were born on the internet, Walmart is an omnichannel seller and faces the unique challenge of transitioning from brick-and-mortar into the internet world, all while trying to make the latter profitable without sacrificing the success of its physical locations – nearly 5,000 of them across the US.

This transition into the online shopping space is seeing results. In 2018, Walmart saw a massive 40% growth in online sales over the prior year. And by the end of 2018, Walmart surpassed Apple for third place in online retail sales, behind only eBay and Amazon.

While Amazon maintained a significant lead – 48% of all ecommerce sales in 2018 – Walmart finished 2018 with 4% of the ecommerce market share. Not bad for a traditional big box store.

Meanwhile, 2019 isn’t over yet, but as of August 15 Walmart reported 35% growth in its ecomm sales since the beginning of the fiscal year. Let’s hope they keep up the momentum, especially in Q4.

2: More control: lower fees and your own return policies

Rather than be at the mercy of a rigid returns policy that’s almost unfairly biased in favor of the buyer, Walmart.com allows third-party sellers to set their own returns policies. That’s right – no more 30-day-return-window-no-questions-asked policies to labor under.

Seller’s fees are also favorably lower on Walmart. Half of 800 sellers surveyed in a recent Feedvisor survey complained of high Amazon fees.

Walmart’s commission or “referral” fees are quite comparable to Amazon’s (most categories’ referral fees are 15%, like Amazon’s, with some categories higher or lower like 20% for jewelry or 8% for consumer electronics), but they do NOT come with the miscellaneous monthly pro seller account fees, high volume-listing fees, and other fees like Amazon.

Whether you’re moving five or five hundred units a day, those costs add up!

Walmart has the brand recognition and physical presence that Amazon does not. The retail giant has always marketed itself as a “lowest prices” and all-in-one kind of store, and that still holds true – Walmart’s tagline is “Save Money, Live Better.” Online, its prices are often aggressively competitive with Amazon’s for the same products.

Essentially, Walmart has the power of existing brand recognition. But it also reaches a different audience both in-store and online, notably those who are NOT Prime members.

That’s one of Walmart.com’s major selling points: that you don’t need to pay a monthly/yearly membership to take advantage of their shopping benefits.

The Prime Membership draw is a clever ecosystem since it entices Prime members to purchase Prime-eligible goods over FBM ones. But we as Amazon sellers know that Prime-eligible goods are overwhelmingly FBA (merchant-fulfilled Prime does exist, and some of you may do that, but it’s in the minority), and built into FBA’s speedy shipping are higher costs and fees that ultimately get dumped on the buyer.

So, in several cases, purchasing on Walmart.com may actually result in more savings over purchasing on Amazon – even if you’re already a Prime member.

Virtually anyone can apply to sell on Amazon. As a result, there are over 2 million sellers on the marketplace! That’s an insane amount of competition.

Walmart.com, meanwhile, is still unexplored territory for a lot of sellers. With less competition, you’ll have more opportunities to stand out. To put it in perspective, last year, Amazon had over 500 million SKUs; Walmart only had 70 million. Potentially, your Marketplace inventory won’t be as lost in a sea of a hundred other similar offers as it would be on Amazon.

Additionally, buy box competition isn’t as fierce. Aside from less sellers to compete with, Walmart isn’t as strict in determining buy box eligibility as Amazon is; it appears, as of now, to place the lowest price offer in the buy box without regarding the dozens of other metrics Amazon does, like recent seller feedback, order defect rate, returns, and others.

Of course, that could always change in the future as Walmart continues to fine-tune its Marketplace, but until then, the time to sell is now!

5: Potential to leverage Walmart’s physical locations in the future

Walmart is actively cooking up new and innovative ways to leverage their physical stores. Currently, sellers can use Walmart’s shipping network to process customer returns.

Though not yet available, Walmart has mentioned potentially allowing customers to return their third-party online purchases to physical locations, saving time and money for both the customer and the seller.

There are also discussions of better implementing their physical location network to double as shipping and forwarding locations, and with FedEx’s end to their ground shipping partnership with Amazon, Walmart stands to gain even more ground (pun intended) in the logistics field.

With Amazon’s recent release of Counter where customers can opt to ship to stores such as Rite Aid and pick up their orders there, Walmart stands to implement something equally efficient if not more widely available, considering their already-established physical presence across the US.

6: Protect yourself from Amazon’s “your selling privileges have been suspended” nightmare

Amazon is chaotic by nature, and as third-party sellers, we’re all familiar with the initial panic that comes with seeing that anxiety-inducing red flag notification icon light up in the header bar of Seller Central. But Amazon sellers (a majority: 52% of the 800 from the Feedvisor seller survey) are constantly worried about Amazon removing their seller privileges.

It’s a real fear – waking up to a message in your inbox with the heart-stopping “your selling privileges have been suspended/removed” subject line. On top of that, Amazon usually freezes your incoming funds (even for products buyers have already purchased) while you run around like a headless chicken trying to figure out exactly what kind of red tape you have to wade through.

For those of us whose sole income is from our Amazon sales – well, that’s a risk we shouldn’t have to take.

Walmart, fortunately, offers a bit more leeway for its Marketplace sellers. Wouldn’t it be nice to foster another income stream, on top of loosening the noose Amazon has around your neck 24/7?

Yes, we as Amazon sellers have an undeniable love-hate relationship with the platform, but by diversifying your sales channels (aka putting some of your inventory onto Walmart’s third-party marketplace), you do yourself a favor by ensuring another major income stream and not putting ALL of your eggs in the Amazon basket.

A couple of things to note

Naturally, there are a couple of cons associated with Walmart when compared to Amazon – the most obvious is a lack of an in-house fulfillment program.

Though Amazon’s FBA service carries hefty fees, it’s a convenience most sellers are willing to shell out cash for. With the Walmart Marketplace, all third-party sales are to be fulfilled by the seller, so it’s up to you to fulfill on your own or contract with a 3PL to do it.

Since Walmart is known for their low prices, they’re also quite strict about bottom line pricing, which may end up conflicting with your Amazon pricing if you sell the same inventory on both platforms.

Amazon’s made it clear in their efforts to monopolize the eCommerce market that they won’t tolerate sellers selling items for less outside of Amazon, so consider that when designing your multichannel strategy.

A new challenger has appeared!

Look, we’re not saying to abandon your Amazon seller account. (In fact, we really don’t want you to do that; Helium 10 is the best Amazon seller toolset around).

What we ARE trying to say is this: Walmart is a very real competitor to Amazon. While it may never hog the approximate half of the eCommerce market that Amazon currently does (or at least not in the immediate future), its steady growth in the online sphere makes it a worthy contender.

80% of Amazon sellers already sell on other platforms like eBay, Etsy, and Shopify-powered stores, so why not add the retail behemoth to your portfolio? Your buyers won’t be the only ones to “Save Money, Live Better.”

Kai Maranon Kai is a Bay Area transplant currently based in Long Beach, CA. A visual artist, art historian, and Nintendo geek, he's an avid purveyor of the strange and delights in the intersection of art and natural sciences.

2 responses to “6 Reasons Why Amazon Sellers Should Sell on Walmart.com’s Marketplace Too”