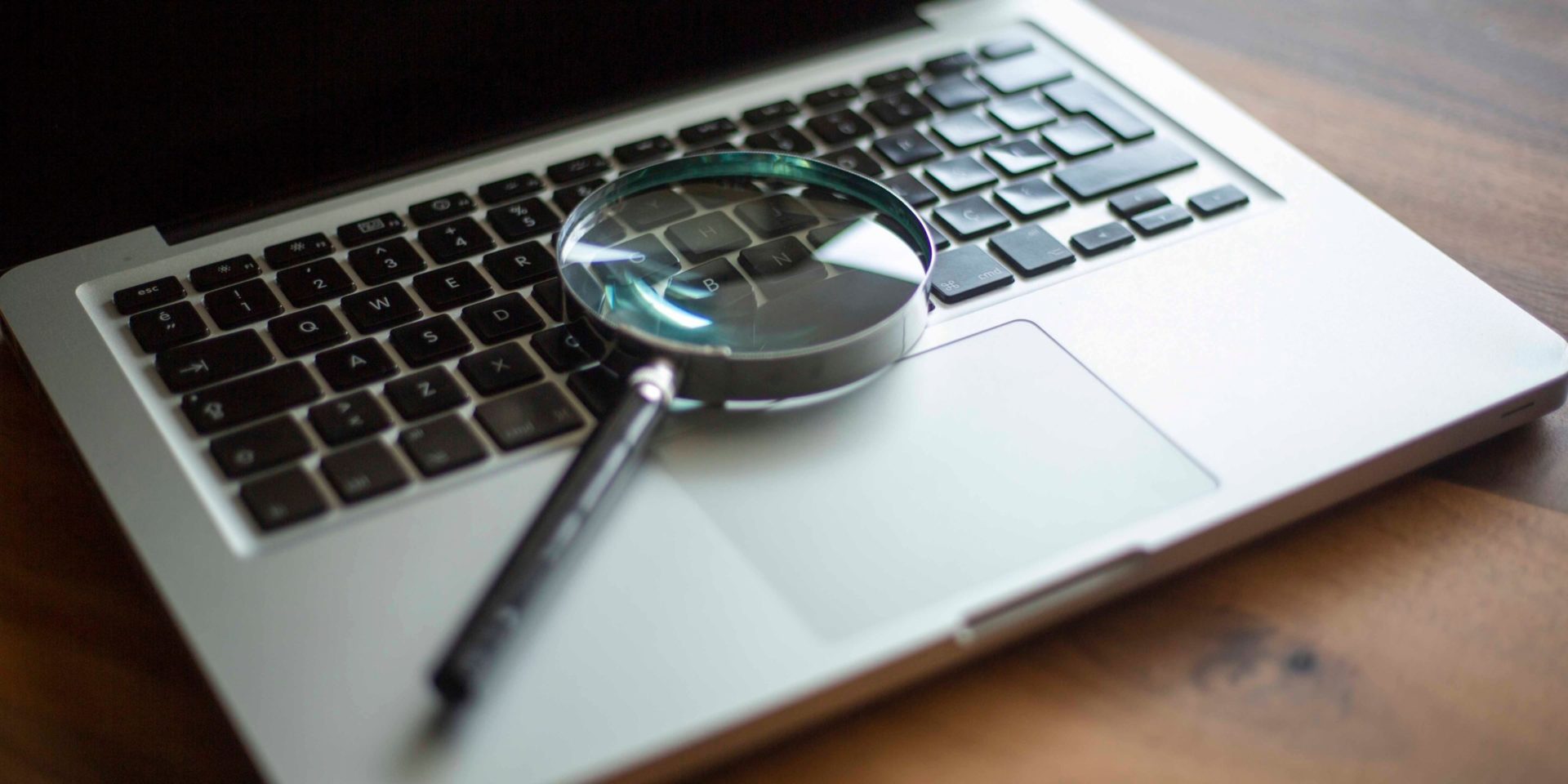 Did the Amazon Search Glitch Affect You?

Keyword ranking (and indexing) can make or break a product on Amazon. Did you experience any of these recent Amazon search glitches?

On May 15, countless Amazon sellers across the US were lamenting their products seemingly disappearing from organic search.

Were you affected by this? You are not alone.

What exactly happened? In this article, we will talk about different things that happen periodically to Amazon search results – a deep dive into the data to see approximately how many people were affected, and an interesting historical look into other recent glitches.

It Began With One Annoying Ranking Error…

There are certain strange things that seem to happen now and then when it comes to Amazon search. One of these we talked about almost three years ago on the AM/PM Podcast. We called it the Amazon Search Shuffle effect.

It is when your rank fluctuates back and forth a lot, depending on things like the location of the user or their browser. When that happens, you could see Helium 10 Keyword Tracker graphs that look like a Richter scale. Thanks to Helium 10 constantly checking different locations and browsing scenarios, you will know if this is happening to you. Make sure you have our “boost” feature activated which that checks different browsing scenarios every hour.

The thing that happened in May is different though. This is something that we see happen every now and then, but instead of rankings fluctuating based on time or location, keywords just completely de-index, meaning products are no longer searchable.

It was so widespread, that even Amazon put out a notification letting everyone know that they knew what was going on.

Let’s go ahead and give this thing an acronym shall we? For you sports fans, if you see “ASG” you might think of the “All-Star Game.” However, since many in social media were calling this the “Amazon Search Glitch,” let’s go ahead and call this the ASG going forward.

The Project X Coffin shelf was definitely affected by the ASG. Take a look at the gap on the 15th –  16th for ranking for the main keyword “coffin shelf:”

It wasn’t just one keyword for this product that had the issue. All of the keywords we were tracking in Keyword Tracker showed a gap during that period of time.

During this time, however, sponsored ads were working so sales did not come to a complete screeching halt.

The first thing I was curious about is: approximately what percentage of products were affected by this?

I called upon our data science team to do some research into this.

The Results are in!

I will TRY to give you some of their findings. I emphasize the word “try” because these guys are 100 times smarter than me and were using terms like “3 sigmas rule,” “Man Whitney test,” “Wilcoxon signed-rank test,” and other things that sounded like another language to me!

To give you an idea of how deep the team went on this, here is a screenshot from the report I was given.

So, yeah, I was all of a sudden wishing I remembered my Statistics class in high school.

They first took a large sampling of tracked keywords and products and started running some analyses on them.

The first mind-boggling statistic was that of all the products in our sample. 49.8% of them had at least one keyword that was affected by the ASG.

How exactly did they determine if something qualified as being affected? We only studied products that we had hourly data on for the previous two weeks, and who had keyword rankings that were relatively stable during those two weeks.

Anything that dropped off on the 15th we marked as being affected by ASG.

For Project X, the coffin shelf and the egg tray were affected by this, however, the podcast microphone and egg shelf were not affected. In the Project 5K case study account, it was actually more. 75% of the products there were affected by the ASG.

I noticed that in the Project X products that were affected, ALL of the keywords we were tracking fell off the map from the rankings. Of those other products that we sampled above that had ASG affected keywords, I had the team check how many of them had dropped off on all keywords or only some of them.

As it turns out, 48% of the affected products dropped ranking in all of their tracked keywords, while 52% only had some keywords drop off.

The reason that most Amazon sellers are very sensitive (and rightfully so) about organic product rank is that it has a direct correlation with sales.

Since not all keywords in the products were affected, and since sponsored ads were still running, my theory was that sales on average would not have been TOO affected, as opposed to a case where a product is completely invisible to all buyers.

I asked the data science team to take a larger sample size of products that we had determined were affected by the ASG to check the effect on sales. I only had them look at products whose daily sales before the glitch were over 20 units.

It was not as bad as what happened to the coffin shelf. On average, for the days of the ASG, sales were down for those products 8.74%, and for the week after the glitch, it was down only 5%.

I found this interesting. Some products were hardly affected at all by the ASG, while others were affected more. However, it is promising to see that if you take the overall average, it doesn’t seem to have had TOO big of an impact on sales for most sellers.

The next thing that I asked the data science team to do is to build a model that could perhaps proactively detect if an A.S.S. (Amazon Search Shuffle) or an ASG is happening.  They are still working on that, however, in making the model, they applied it to our keyword history in order to detect other instances.

What they did was assign a score as to how strong the “shuffles” or the “glitches” were, and then classified them in different colors.

You can see the biggest glitch was the last one we had in May.

However, at the end of October/beginning of November, there was another “purple level” glitch across many products. If I recall correctly, this was around the time when many products were falling off of ranking, and then off and on position 30-32.

When I checked Project 5K products I did not notice anything, however, the Project X coffin shelf was seemingly hit hard by this glitch. Take a look at the following keyword tracking chart.

The coffin shelf dropped off the ranking for days plus when it came back, it started fluctuating wildly on page 1.

This was great to see that the formula the team implemented works to detect these glitches since I did not give them any info beforehand about the other glitch in October.  If you all think it would be helpful to have some kind of “early warning” alert on when search glitches happen across the board on Amazon (as opposed to just an isolated instance), please let us know, and we can try to get something for you up and running!

What Can we Take Away From this Deep Dive into the Data?

First of all, if you have been selling on Amazon for any period of time, you did not need this report to tell you that sometimes glitches happen with Amazon’s search processes.

The data shows that big ones do happen once or twice a year, and then in other parts of the year, there are shuffles and glitches that might not be as widespread.

While these things do have a noted negative impact on sales, the good thing is that on average, the impact is not as big as one would think.

What should you do if you notice something strange in the future?

It doesn’t take a rocket scientist (or data scientist) to know that keyword ranks and indexing are important to Amazon listings. Make sure that you are tracking your key metrics so that you can stay on top of anything that affects your ranking! Happy selling!

How to Contact Customers Who Left You a Bad Amazon Review
Goodbye ASIN Level Quantity Limits, Hello Storage Type Level Restock Limits
Grow Your E-Commerce Business with Virtual Assistants
#250 – The Maldives Honeymoon Launch Strategy PLUS the New CPR 3.0
How to Rank a Product to Number 1 on Amazon – Cerebro Product Rank Formula 3.0
Did the Amazon Search Glitch Affect You?
The Latest PPC, Keyword and Product Research Tactics from Brandon Young – #248
Here’s What You Can Expect Selling With Amazon FBM (Fulfilled by Merchant)
Make Sure You Are Not Overpaying Amazon For Shipping!
How to Remove Amazon Negative Seller Feedback