There are many rumors and half-truths regarding the mysterious "Amazon algorithm," so I attempt to lift the veil on what is fact vs fiction for FBA sellers.
Share: 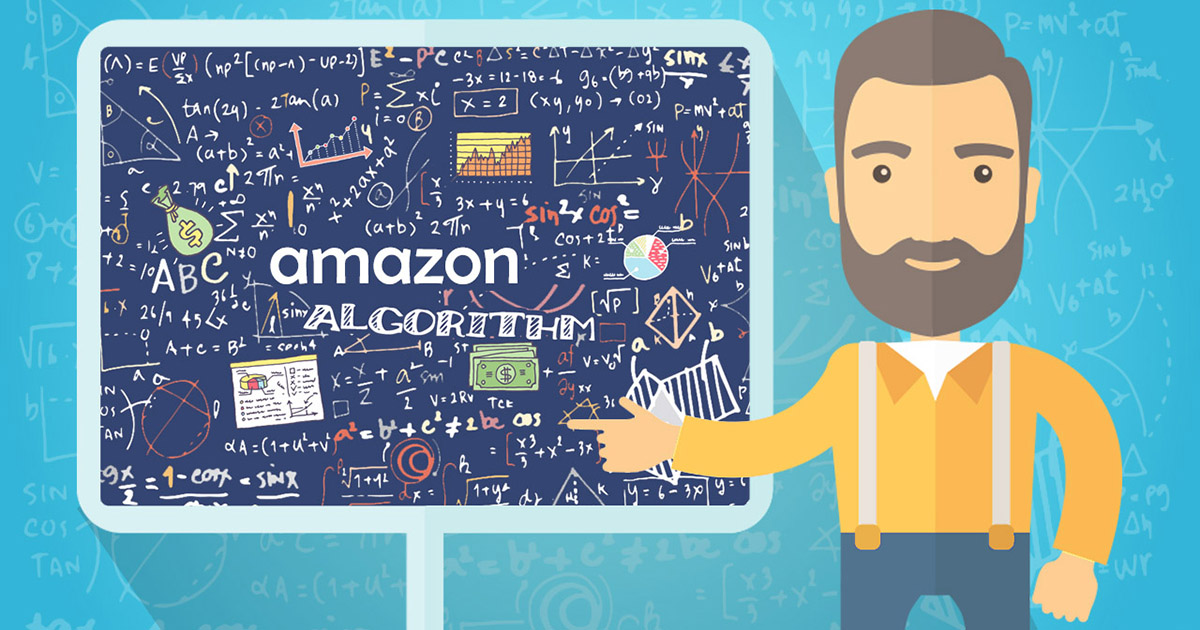 It seems these days that you can’t visit a sellers’ forum or FBA discussion group without running across several threads that theorize, hypothesize and generalize about the mysterious “Amazon Algorithm.”

The Amazon Algorithm has become entrenched in the minds of sellers as some kind of Boolean boogieman or a coded mythical creature that capriciously controls the rise and fall of the respective fortunes of our Amazonian storefronts.

As a merchant-fulfilled and FBA seller since 2009, I’ve heard dozens of theories to “game” or hack the Amazon algorithm to the benefit of seller offerings.

Theories to subvert the Amazon algorithm that I’ve heard over the years include:

Heard any of those?

A few of those theories are just common sense tips to running a diversified e-commerce operation, but some are downright loopy.

“Purging all my FBA inventory annually and eating all the ancillary removal fees and shipping expenses to remove and then restock everything helps my business – really?!?”

The Amazon Algorithm Made Me Do It

The truth is that many sellers concoct and embrace these elaborate rituals as a way to explain away their own store’s cyclical or underperforming sales, lackluster inventory mix or spastic ability to effectively compete in one of the world’s largest online markets.

The algorithm is a convenient excuse for all the ills an Amazon seller experiences.

The real problem with all those seller theories is that they are seller-focused. If you have sold on Amazon for any length of time, you know that Amazon places its customers at the top of its retail pecking order.

We sellers are a few pegs below.

If you doubt that fact, try to fight a few A-Z claims or customers who allege you’re selling counterfeit product and see what happens to your account. I personally know several sellers who were suspended due to their mismanagement of customer complaints.

But I guess it’s easier to share anecdotal actions and observational opinions about the Amazon algorithm rather than finding the facts.

Amazon Programmers Dish on the Algorithm

As a former journalist, I found that the best and most reliable information tends to come from a primary source rather than secondhand hearsay.

In regards to the Amazon algorithm: Amazon programmers are the ultimate source. So maybe we should listen to what the source has to say on the topic.

One of the best articles I’ve found on the topic was published in 2003 for an obscure trade publication titled IEEE Internet Computing that openly and candidly discusses the algorithm. The piece was jointly written by an Amazon programmer, an Amazon statistician, and an Amazon technologist.

While I’m no expert in coding, regression analysis or machine learning, the article shares the “secret” driving the Amazon algorithm.

Ready for it? The secret of the algorithm is…to secure a larger percentage of the Amazon customers’ wallet before they click away from Amazon.

That’s the monetary mysticism behind the Amazon algorithm—getting more revenue from every customer interaction. Period.

Amazon’s Algorithm is Built for Customers, But Not at Sellers’ Expense

The article explains that the algorithm has several challenges it has to overcome, all of which are purely-focused on the customer.

The software, which is an ever-evolving amalgamation of constant coding updates and upgrades, strives to deliver a customer experience called “Item-to-Item Collaborative Filtering,” which is the ‘recommendations’ function that pairs a buyer’s current target purchase with other possible products to consider.

That is the driving purpose of the Amazon algorithm.

The algorithm runs predictive software using real-time page views by millions of customers across millions of top-selling products that are constantly being updated by third-party sellers such as you and me.

It then factors the past purchasing history of the buyer to generate several possible products with uncanny accuracy to add to the buyer’s virtual shopping cart. All this activity happens within the span of milliseconds on a global scale.

By the way, each of those millions of sub-calculations and outputs requires computing power and server capacity because the inputs are growing each day exponentially. So the algorithm also has to apply self-diagnostic, artificial intelligence to regularly compress itself and categorize its constant learnings for easy future data retrievals to ensure the best speed and outputs for its customers.

The algorithm is there for the customers, not sellers.

The only way to “hack” the algorithm is to have a dogged commitment to the customer by delivering superior customer service and offering products that customers want to buy. It just so happens that Helium 10 happens to have a new app for that last product bit.

Amazon is not hiding its algorithm. In fact, it recently released the software as open source so anyone can build or enhance it.

So the next time you hear a seller blame all their woes on the cryptic “algorithm,” remember that it’s actually all about the Amazon customer.

Next installment, we’ll look at the small company hiding in plain sight that virtually no one knows about that created, maintains and grows the algorithm.

0/5 (0 Reviews)
Tor Constantino Tor Constantino has been an Amazon seller since 2009, is a former journalist, speaker, best-selling author and current corporate PR guy with an MBA degree living in upstate New York with 25+ years experience as a professional writer. He writes regularly for Entrepreneur.com, HuffPost, INVESTIS and Success.com. Tor's views are his own and do not reflect those of his current employer or any other organization. You can connect with him on Twitter.

2 responses to “Removing the Mystery Surrounding the Amazon Algorithm: Part 1”