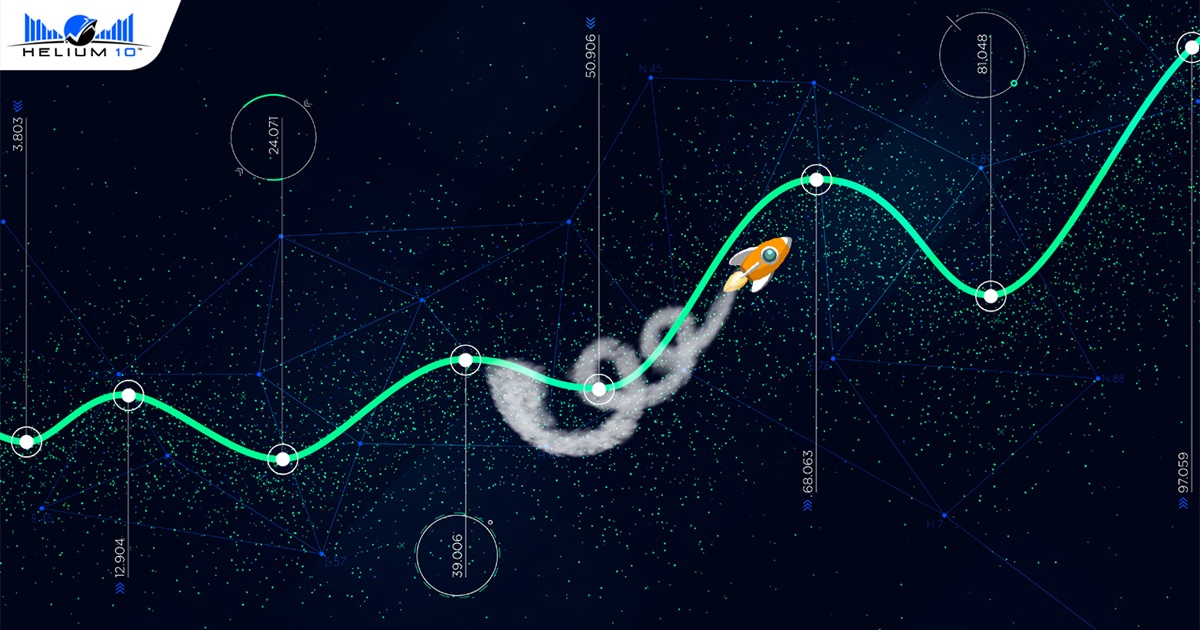 From August to October 2018, things started getting strange in the realm of performing product launches based on keywords.

Up until August, you could give me any combination of products with keywords and I could give you a realistic giveaway strategy. I would tell you how many giveaways I would need to sell over a particular time period to send a product to page 1, and I would be successful 10 out of 10 times. If you haven’t read Part 1 of this blog series, I reminisced about the glory days of keyword launches using the giveaway method when ranking a product was much easier.

Could I predict how well something would “stick” on page 1? I’d say while not perfect, I’d guess right quite often. Some people would say that products with giveaway launches would not “stick” because they were being “penalized.” However, this notion is so far from the truth.

What helps your product stay on page 1 ranking is, and always been, your organic conversions. If your product is able to rank on page 1 for a keyword, but no one clicks on your listing nor buys your product, it will most definitely drop off of page 1 faster than you can say “unsuccessful product launch.”

Additionally, your product will lose top ranking if it’s not converting as well as the others on page 1, but that is another topic.

If you need help creating the best possible keyword list to for your listing and product launch, check out The Ultimate Guide to Amazon Keyword Research below:

I wanted to see what factors were having the most significant effect on the product launches I was attempting. I tracked THOUSANDS of data points and tabulated everything by hand (I told you last time I am a data junkie!).

My data points included the following:

For those who do not know, CPR stands for “Cerebro Product Rank;” its the formula that Manny developed to estimate how many products you would need to sell at a heavy discount on a certain search in order to have the best chance to get to page 1 for that search term.

Below are the overall conclusions I reached after reviewing the results of these 133 tests:

When things were still “normal” In August, I did nine keyword giveaways with the Storefront URLs.

Four of them got to page 1 even though I only averaged 50% of the CPR number. The fifth also got to page 1, but I had made a mistake and accidentally given away 370% of CPR.

The other four keywords averaged position 103, but only 20% of CPR was used. In these cases, I was mainly just trying to get products ranked in the top 306 so that I could run promotions that came from search and buy promotions, which is what the Heatseeker URL did.

In September, I did seven keywords with a Storefront URL. Two of them only managed to reach the bottom of page 1 with a CPR of 120%. The rest of the keywords only reached page 3 with an average CPR of 125%. (See how things changed from August to September?)

In October, I only did one test with a Storefront URL. After a CPR of 216%, it went from being unranked to page 20!

Started testing at the end of September using four keyword campaigns with this URL type. Two of the keywords ranked on page 1 in the top SIX positions with an average CPR of 120%. Other two were page one, position 18 on average with only a CPR of 58%.

Started testing at the end of September with four keyword campaigns using this URL type. Three keywords ranked on page 1 with an average CPR of 93%. The last keyword went from position 50 to position 24 with only a CPR of 55%.

This URL is not a traditional 2-Step URL and is not easy to generate. It is this difficulty that has kept us from including it on our Helium 10 Gems page with our helpful URL generators.  However, for years this URL has been my go-to method for keywords that are already ranking.

In August, I performed 57 keyword launches with Heatseeker URLs. The average landing spot was position 12 on page 1 with an average CPR of 70%. Out of the 57 keywords, only 8 did not get ranked on page 1.

In September, I performed 20 keywords launches on this URL type. The average landing spot was position 24 with an average CPR of 118%. Out of the 20 keywords, 5 did not rank on page 1. Like before, you may notice a difference between August and September.

In October, I performed 17 keyword launches with Heatseeker URLs. The average landing spot was position 39 with an average CPR of 59%. In retrospect, I did not do well in estimating how many coupons would be redeemed. However, a Heatseeker URL with an average CPR of 59% would have ranked to my product on page 1 almost every time in March 2018, for example. Out of 17 launches, 8 did not rank on page 1.

What else did I take away from this test?

The biggest takeaway for me was that my old formula was not bulletproof anymore. I could no longer predict whether or not I could rank a product on page 1 through a promotion with 100% accuracy. Additionally, more units were now needed to rank on page 1, which is closer to CPR than before.

The ironic thing is that throughout the testing period, some sellers were saying that product launches with keywords weren’t working anymore, or that people were getting penalized for doing it. However, that has never been the case.

Four of the top launch companies out there are still doing 800-1000 keyword launches daily.  There would be an unprecedented outcry if all of a sudden this form of product launch stopped working all together.

I hope you found this experiment enlightening and that you learned something useful about product launches (and why they still work). In the final part of this blog series, I’ll talk about my most recent tests to see if there are any “new normals” that sellers must get used to.

In all honesty, I’m not sure what the outcome of these tests will be. I have run another 50 or so tests since the above writing this post, and I am currently tabulating the data. Stay tuned my fellow data junkies for the conclusion into this insight experiment on the changing product launch landscape!

Do you have questions about my findings, or have data of your own to share? Let us know done in the comments below!

Bradley Sutton Bradley is the Director of Training and Chief Evangelist at Helium 10. He is also the host of the most listened to podcast in the world for Amazon Sellers, the Serious Sellers Podcast. He has been involved in e-commerce for over 20 years, and before joining Helium 10, launched over 400 products as a consultant for Amazon Sellers. In order to keep his knowledge fresh and relevant, he launched his own brands on Amazon, and in the last 2 years has launched over 30 products that gross over one million dollars a year. He believes in the motto of "your net worth is your network" and so you will see him at many Amazon seller events worldwide. Make sure to say hello!

One response to “Did Changes to Amazon Keywords Affect Product Launches?”