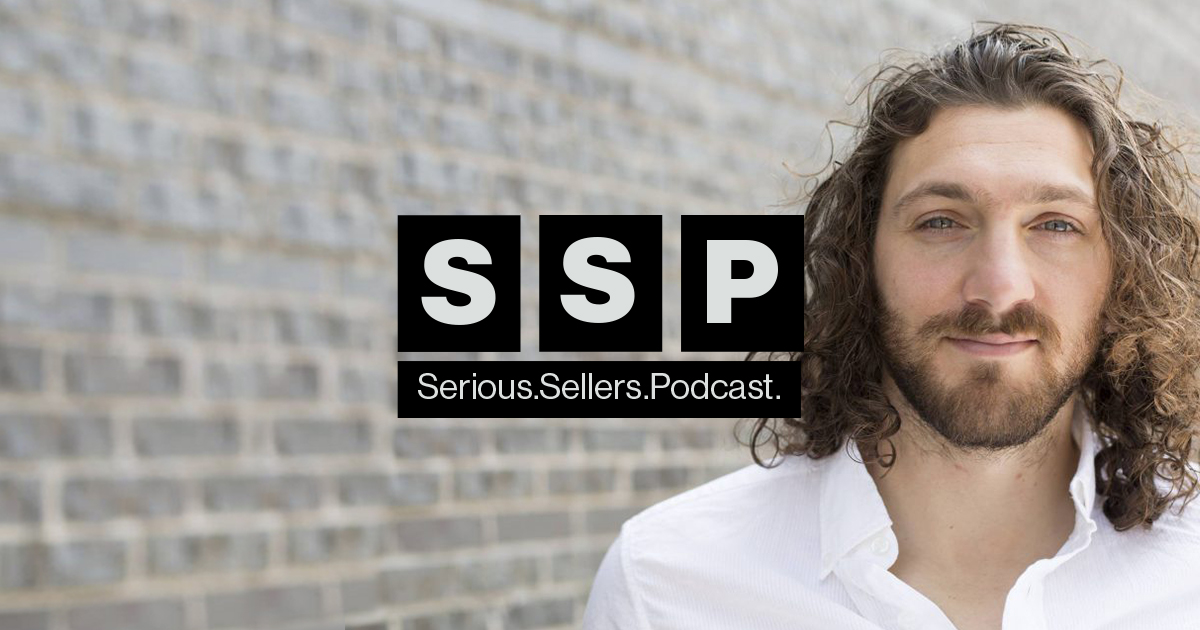 Do you ever wonder how the teams that win the major sporting championships are seen wearing congratulatory t-shirts and hats bearing their team’s name as the clock is ticking down to zero?

Well, that’s because there’s another mirror image set of t-shirts out there somewhere, and that set is congratulating the big game’s eventual loser.

Because of the lead time required, they simply have to print two versions to be ready for either outcome.

What happens to the loser’s set of t-shirts and hats?

He knows because although he might now have revenues in excess of 35 million and over 110 employees, he began his eCommerce journey by selling those historically inaccurate t-shirts.

Ezra is the CEO of Smart Marketer who believes that it’s possible to both serve the world unselfishly and make a profit doing so.

It’s funny for a guy who has come to define ecommerce success to say so, but Ezra says that growing up, he never had a job.

He grew up in a communal, hippy lifestyle situation where although there was a distinct lack of money, Ezra says, “they were rich in love and community.”

They would make a little money selling things (like those losing championship t-shirts) at the flea market and he remembers thinking at the time that he was interested in generating financial resources in order to use it for causes that he had a connection to.

For such a distinctly down-scale selling environment, Ezra says that the flea market was an ideal place to learn about commerce.

After spending a few years playing poker on the underground New York scene, he met a guy who was selling digitally delivered life coaching content well ahead of its eventual hyper-popularity on the internet.

He was fascinated by the idea, but even more so by the way that this guy was promoting his new internet business model.

He was leveraging his search engine optimization skills.

For Ezra, this was the good stuff.

So, he traded poker lessons in exchange for high-level SEO instruction.

That started him on his path and now 14 years later, he says that all he’s focused on since then has been eCommerce and digital marketing.

His path to success?

Strangely enough, he credits his inability to achieve very much within a structured scholastic environment.

Ezra says that in his opinion, “the for-profit college system too often puts people into impossible debt” and that, “acquiring skills should be the goal, not necessarily the college education itself.”

As far as finding a passion for a product or success on Amazon; Ezra has an interesting take on that.

He says that, “Humans are interested in winning cycles,” and feels that people become passionate about what they’re good at.

That’s why he thinks in terms of, “going deep, not wide,” when it comes to developing an eCommerce business.

As far as the best opportunity out there today, he says it’s still Amazon.

I’ve just scratched the surface in this summary.  Listen in for more from Ezra; you won’t be disappointed.

In episode 96 of the Serious Sellers Podcast, Bradley and Ezra discuss: