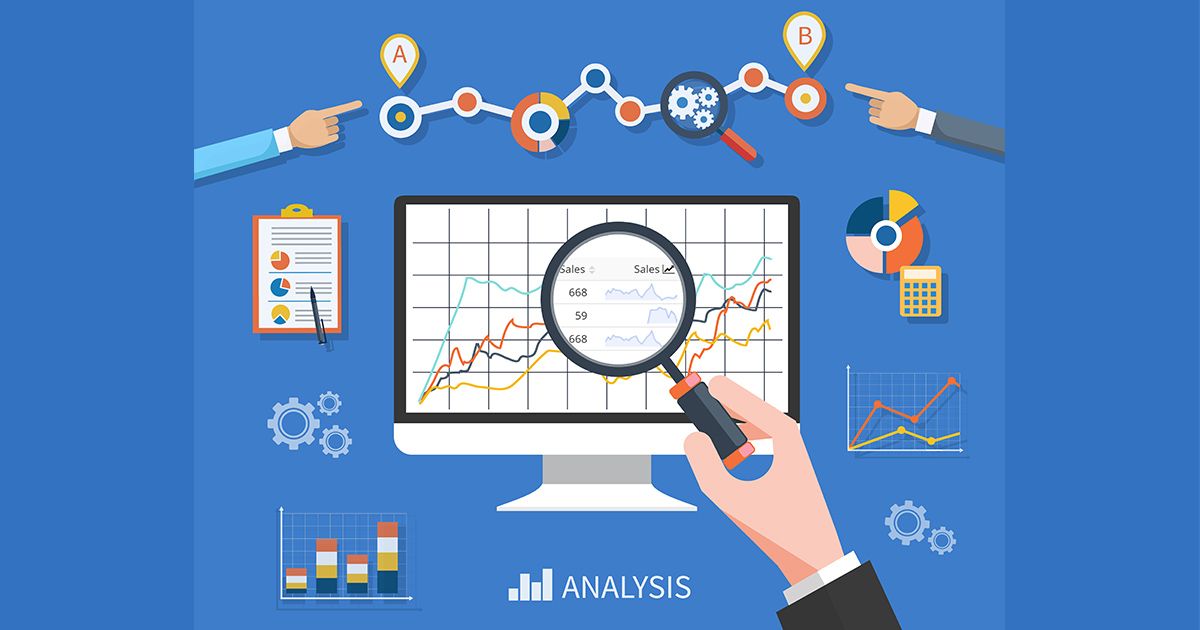 Stop trying to compare e-commerce tools with each other, and instead compare the tool's estimates with actual Amazon data that you have access to.

This in itself is a fairly reasonable question. You use sales estimates to make important decisions for your Amazon business, so it makes sense you’d want to be able to be confident about the numbers that you’re using.

The reason though that I’m writing this (which by the way is a written version of a live video I did yesterday), is mainly because people have been asking the WRONG questions. One question that I saw three times yesterday was, “Hey, Helium 10 says for this ASIN, estimated sales was this, but this other tool is way different. Why is that?”

Let me explain why that is a meaningless question and a meaningless exercise to try to figure out. My stance is that you should NEVER compare two tools’ estimations with each other without the all-important metric of what the ACTUAL AMAZON data shows. Here’s why.

Let’s use a weather forecasting analogy. Maybe Channel 10 says the temperature tomorrow is going to be 90 degrees, but Channel 8 says that it will be 50 degrees. Is there any point to compare and contrast the two and try to determine which is more accurate? NO! If you don’t know what the ACTUAL temperature turns out to be, what does it matter that they are different forecasts? You will never know which one is more accurate.

You might think, “Wouldn’t it at least tell me that one is right and one is probably very wrong?” NO! What if the ACTUAL temperature turned out to be 70 degrees? Well, BOTH of them are off by 20 degrees. One is not more accurate than the other. But again, I can only say that because I had the important variable of what the ACTUAL temperature was.

It’s the same with sales estimation. You could argue until the cows come home that tool A is more accurate than tool B, but that’s a meaningless argument if you don’t have the all important variable of what the ACTUAL sales are.

So stop trying to compare tools with each other, and instead compare tools’ estimates with actual Amazon data that you have access to. Another thing I see people do, is subscribe to two tools in order to compare and contrast the separate estimates. In order to arrive at a final number, they have their own formula such as splitting the difference between the two.

Every Amazon tool company out there has a team of data scientists coming up with the algorithms and formulas that estimate sales. Trust me. Neither you, me, nor your sales manager is going to come up with a formula that will be more accurate than what Amazon itself comes up with.

The second point that is super important is WHY we even need sales estimations in the first place. Let’s continue our weather analogy. Why does someone want a weather forecast? The last few weekends I choose a weekend day to cut trees outside at my house.

I look at the forecast to see what the temperature is going to be.  Let’s say it says tomorrow is going to be 101 degrees.  What decision do you think I will make based on that forecast? Well, I’m going to work TODAY instead of tomorrow since there is no way I’m going to work outside in 101 degree weather. Now, let’s say that tomorrow comes around and it turns out to have been only 96 degrees. Or maybe it was 103 degrees.

The forecast was wrong. Do I care? No! Why not? Because my decision would NOT have been any different. I don’t care if it’s 96 degrees or 103 degrees…I would NOT have wanted to work outside in that heat.  Let’s look at an opposing scenario.

Maybe we’re planning to go to an outdoor soccer game as a spectator. (If and when we ever can!). I’ll look at the weather forecast, and if it says 32 degrees Fahrenheit (0 degrees Celsius), what’s the decision I am going to take? I will bring a heavy jacket to stay warm at the game. Let’s say the ACTUAL temperature turns out to be 38…or 25. Am I mad at the weather channel? No! Again, because the decision I made would not have changed.  Either way at any of those temperatures, I would have needed a jacket!

If I am researching a niche, and the tool I use says that the average estimated sales of the competitors on page one are doing around 400,000 dollars, what is the decision I will probably make? There’s a good chance I’m going to avoid that niche all together as the sales velocity is too high for me to compete with a new product.

But, what if I found out the exact sales, and the real average wasn’t 400,000, but rather 300,000, or 500,000. Would I have been upset since it was off by 100,000 dollars? NO! Why not? Because my decision making would NOT have been any different at those other numbers. The estimation was in the range where I still would have avoided that niche if it was any of those numbers. If the actual sales were only 50,000, then yes, absolutely I would have been upset because in that scenario, maybe I would have considered that niche.

On the flip side, what if it says that the estimate for top competitors is around 50 sales a month. What’s your decision? Probably to avoid that niche since there’s not enough demand. Would it have changed if the actual sales ended up being 30 or 80? Probably not. I still would have come to the same conclusion! So, you are not ever going to see me sit here and compare Helium 10 with another tool and say, “Look!!! Helium 10 said 99,000, and another tool said 97,000, but actual sales was 100,000!! We are SO much better than the other tool!” That’s meaningless. BOTH estimates are 100% fully usable and would have resulted in the same decision as if you knew the actual sales.

I could make charts up and show you data, but you could assume that it maybe was doctored. So that’s why I went LIVE on YouTube and Facebook and showed actual sales estimates compared to Amazon data. I’ll give you guys some screen shots now of what I saw. As we go over these, let’s remember again what is most important: We are comparing these numbers to actual amazon data, not to another tool. And second, are these estimates accurate enough to have made the same decision that we would have made with the 100% exact numbers from Amazon?

It doesn’t get much closer than that!

From the same account, here’s another product: Egg Tray B082MTTY2T

This one I was actually surprised how close it was because for most of May, the egg tray was out of stock. It only came into stock on May 20th, and many times the algorithm needs 30 days of sales data to have an accurate estimate. However, in this case we can see that it was super close.

This was a product that was selling a lot, and yet still the estimation was very close. Within 8% of the actual number. But remember, even if it was off by 20% or more, it would have been just fine for decision making purposes.

In the live video I went into two more accounts in different categories such as Beauty, and Health and Household, and looked at a total of 10+ products.  Was Helium 10’s estimation ever 100% correct? No it was not, but it was always completely usable, and highly accurate. You can watch the whole video here to see all the other live comparisons.

Here is what I hope you take away from this article.

1. STOP comparing two different tools’ estimations with each other. It’s meaningless. Instead, compare the estimates to actual Amazon data if you want to know how accurate or usable the data is. Stop trying to come up with your own formulas to compare two tools numbers to output your own estimation. Don’t waste money buying two different estimation tools. Stick with the one you trust the most based on its track record.

2. Never forget what’s the reason you need sales estimations in the first place. It’s to make educated decisions for your Amazon business. Is there enough demand to warrant selling in a niche? Is there too MUCH sales by the current competitors so that you need to stay away? Stop worrying if Helium 10 is 97% accurate and another tool is only 93% accurate. In that scenario, BOTH estimations are 100% useful. Your decision wouldn’t be any different just because one tool is slightly more accurate than the other.

As Amazon sellers, you rely on accurate data to make decisions for your business. We take that very seriously here at Helium 10 and thus we take pride in having the most accurate data out there. Are we perfect? Of course not. But remember what is NOT proof of inaccuracy: The comparisons of two different tools’ respective estimations. What IS proof of inaccuracy is an estimation being way off from actual Amazon data. So, if you ever see that, please reach out to our support team who would absolutely want that information so that our developers can fix whatever caused the inaccuracy.

Like our website says, we give you “everything you need to sell on Amazon and more.” More tools, more functionality, and yes, more ACCURACY. If you haven’t given us a try yet, what are you waiting for?

Feel free to use the social share buttons below to share this on your Facebook or LinkedIn, if you think your network would find value in this article.

#202 – An Update on Pakistan from Saqib Azhar, Creator of the World’s Largest Amazon Facebook Group
#200 – The Latest Amazon Product Launch Strategy – A “Maldives Honeymoon”
#206 – Two Best Friends 30X Their Income Selling on Amazon
Everything You Need To Know About The New Amazon Virtual Product Bundle Tool
#199 – Amazon Selling Mindset, Using Influencers, 3D Rendering, and Other Tips from Down Under
Where to Source Indian Suppliers as an India-Based Amazon Seller
#214 – Helium 10 has Partnered with Alibaba.com – Here’s What It Means for Amazon Sellers
#210 – Two E-Commerce Pros Tell Why India is a Great Option for Amazon Sellers in 2021
#216 – Tips, Strategies, and a Look Back at 2020 with E-Commerce Superstar Kevin King
The Average Joe Webinar: Finally, a Realistic Look at Selling on Amazon