Will There Be New Amazon Seller Restrictions for 2017 Holiday Season?

Will there be any new Amazon seller restrictions put in place for the 2017 holiday season just as Amazon did last year? The true answer: yes and no.
Share: 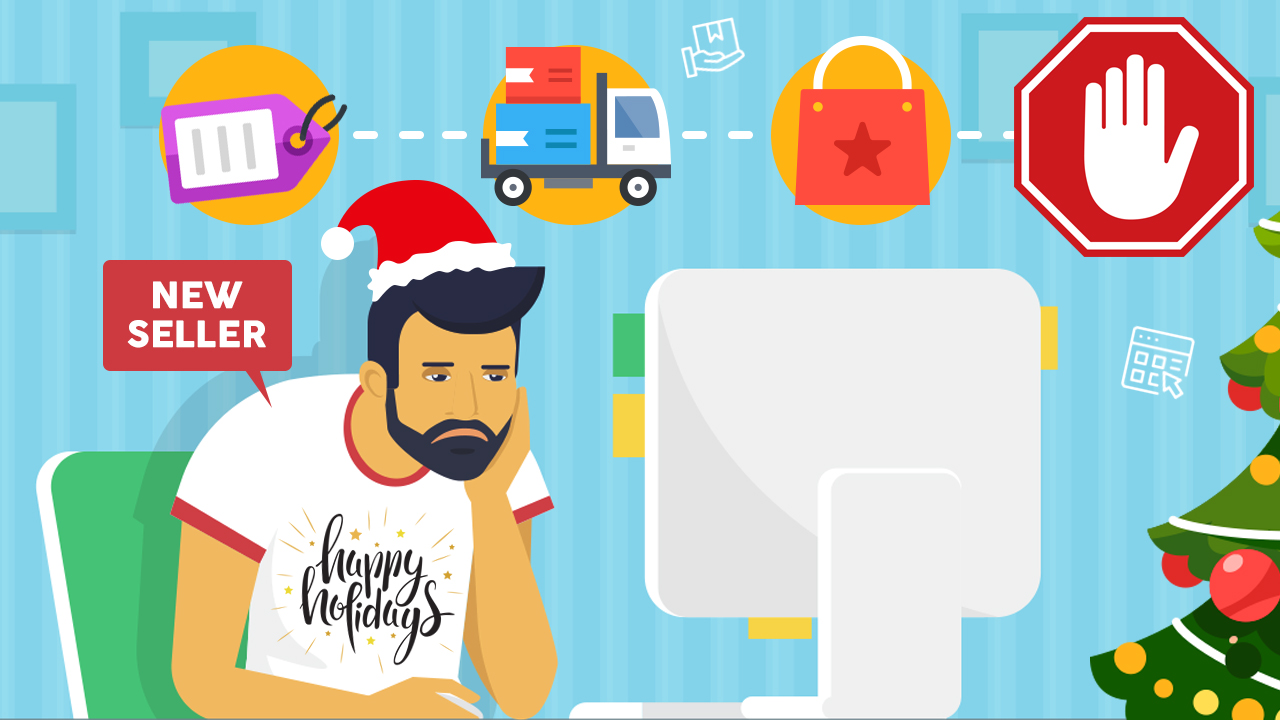 Are there new Amazon seller restrictions coming this year – Yes and No.

With the 2017 holiday season so to be upon us, many are worried about new Amazon seller restrictions that occurred last year. Last Tuesday—which happened to be Halloween—thousands of new and veteran Amazon sellers woke up to a “scary” email regarding their Q4 holiday-selling status. My copy is pasted below.

Now, I only have a few toys and games listings that I sell via FBA with the bulk of my inventory in health/beauty/personal care/grocery, so this email wasn’t a huge deal to me. However, I’m a member of about a dozen seller groups around the web, and there were several threads posted that morning with several members in an abject panic regarding the email. Several of the most frenzied threads appeared on the Amazon Seller Forum portal.

Restrict or Not to Restrict New Sellers – That Is the Question

That incident sparked a few follow-up discussions across various forums regarding the Q4 policy that Amazon put in place last year, that imposed new Amazon seller restrictions from sending inventory to FBA center. While there was never an official explanation from Amazon regarding last year’s policy decision, it was widely speculated that Amazon instituted the new Amazon seller restrictions policy for a variety of reasons. One popular theory was favoring veteran seller accounts that produced a lot more FBA revenue for Amazon than new accounts to streamline its holiday operations and reduce customer complaints/returns that could result from rookie-seller mistakes.

Interestingly, there has NOT been any formal communique from Amazon this holiday season reinstating last year’s new Amazon seller restrictions. That was confirmed during a call I made to Seller Support – the representative I spoke with said no new restrictions were planned or in effect. The only Q4 caveats for FBA sellers new and old are the standard shipping requirements that mandate any FBA inventory must be received by November 7th to ensure its inclusion in Black Friday and Cyber Monday promotions, while inventory must be received at Amazon fulfillment centers by December 1st to ship in time for Christmas delivery.

It should be noted that the guidelines for selling within the “Toys and Games” category have been updated for 2017 but not regarding eligibility or restrictions to sell within that PRIME segment for the holiday season.

The most notable addition to the policy is captured in the “red box” above. Specifically, the first arrow above points to the fact that Amazon now “…reserves the right to cancel listings, remove selling privileges, and prohibit the sale of specific products to maintain a marketplace that is safe for buyers.” While Amazon has always had that ability, this marks a change in its public posture regarding Q4 sales and its enhanced focus on customer protection from con artist accounts and scammers.

Furthermore, if an account is cleared to sell within the “Toys and Games” category this holiday, Amazon will be keeping a close eye on those accounts. Effective November 17th as stated above (as noted by the second arrow), “…[Amazon] will monitor the performance and listings of sellers who are approved to sell in the Toys and Games store during the holiday season.”

So even if you’re clear to sell within that critical holiday category, you’ll have to deliver results—literally—to keep selling there.

Amazon Applies Ounce of Prevention Rather Than a Pound of Cure

Preventing account hackers, fraudsters, and bogus sellers from further penetrating Seller Central has been a primary focus for Amazon in 2017. So much so that around February of this year, they instituted a few more obstacles for new sellers trying to set up new accounts: requiring copies of utility bills and government-issued ID cards to verify identities of seller account holders.

This relatively new screening policy also applies to Amazon sellers who have had free “individual” seller accounts for years, and who want to upgrade to a PRO account for $40/month, as seen in the post below that recently went live within Seller Forum.

This particular seller then posted the email received from the Seller Performance team listed here:

Again, all of these actions and the extra e-commerce hoop jumping by Amazon are intended to protect buyers from shyster sellers that have been increasingly plaguing and polluting “The River” for the past 18 months or so.

And while there have not been any formal or specific restrictions on new sellers or fledgling FBA accounts in Q4, we can expect to see further tightenings as Amazon tries to flush the black hats and bad actors out of its system. The question is, how many of us “good guys” will voluntarily or involuntarily get pulled out via this restrictive business backwash as well?

Tor Constantino Tor Constantino has been an Amazon seller since 2009, is a former journalist, speaker, best-selling author and current corporate PR guy with an MBA degree living in upstate New York with 25+ years experience as a professional writer. He writes regularly for Entrepreneur.com, HuffPost, INVESTIS and Success.com. Tor's views are his own and do not reflect those of his current employer or any other organization. You can connect with him on Twitter.