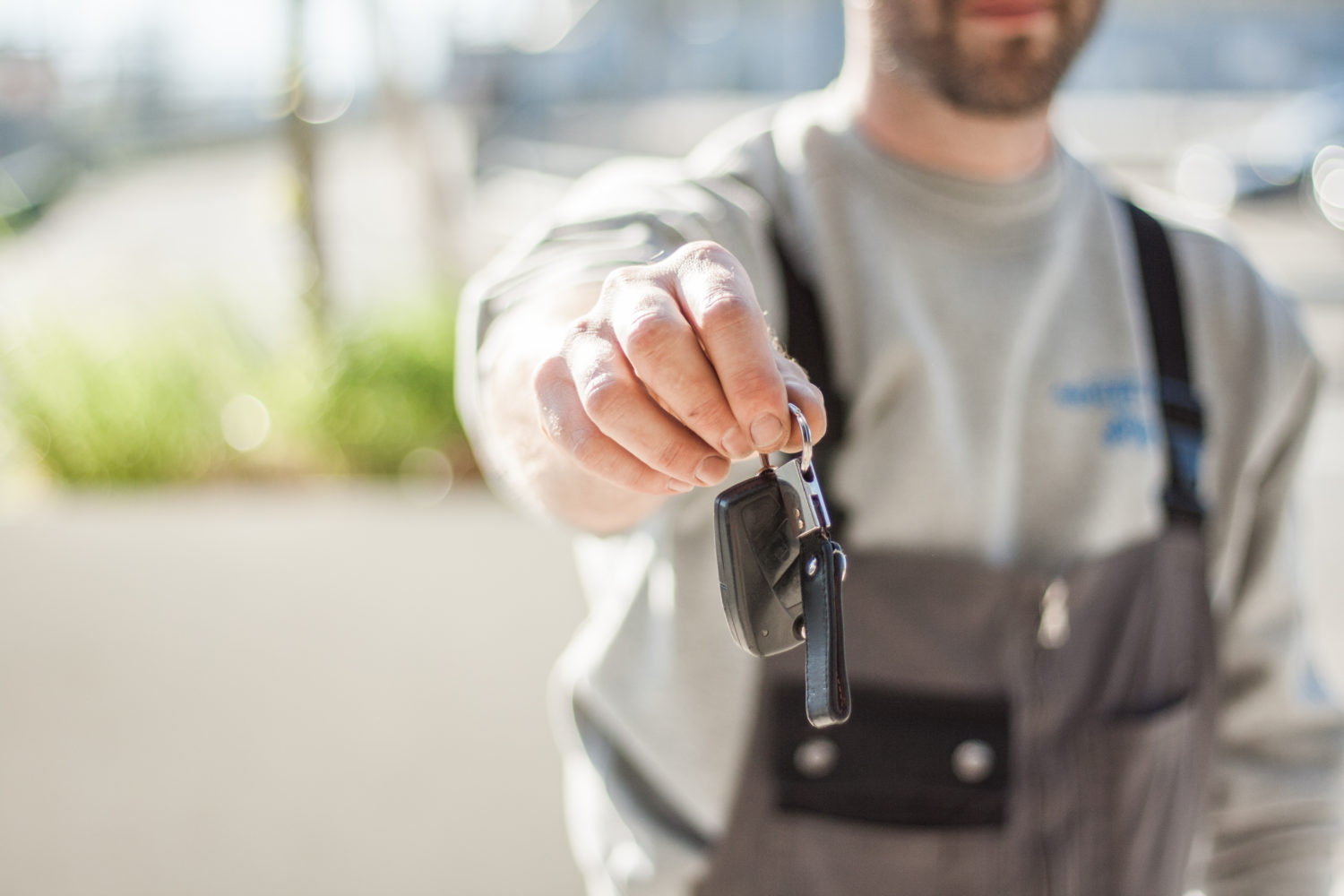 How (and when) to use Prestozon Automation

We’re proud to offer the most advanced Amazon bid automation on the market. We’ve seen so many customers find incredible performance improvements, saving time and making more money. This guide is to help you do the same.

First, the basics. Prestozon Automation automatically optimizes your bids for keywords in manual Amazon Sponsored Products campaigns. This means that you don’t have to manually apply the Bid Suggestions found in Bid Wizard – they are applied in Seller Central as soon as our algorithm is statistically confident in trying the new bid, helping you move faster toward your target ACoS.

We plan to soon add support for negative and new keyword creation as well as automation for automatic campaigns.

When to Use Automation – Identify Your Campaign Goals

Automation works better with some campaigns than others. Step one is to understand your goals and current performance for each campaign.

Once you have clarity on your campaign goals, you can decide whether to use automation. In general, automation works best on performance campaigns that already have some traction and enough spend/sales volume to provide the algorithm enough data to make decisions. (This isn’t just limited to algorithms. Even human optimizers need enough data to make good decisions!)

Next we’ll give a more specific examples of common situations where you would want to use Automation.

At the end of this guide, we’ll review other situations where automation may not be a good fit.

When to use Automation

Here are some common scenarios and what we recommend.

Reducing ACoS on a performance campaign that already has traction

If it’s performing more than 5-10% above where you’d like it to be, set the ACoS target at 10% below current performance, wait for it to get there, then reduce it again.

One thing to keep in mind here is that if you have 1,000 keywords in a campaign and most aren’t getting many impressions or clicks, Automation will increase their bids to see if they can perform. This might lead to a temporary ACoS increase if those keywords don’t ultimately perform well. This is one of the many reasons we advocate for having separate campaigns for research and performance goals. Performance campaigns should only contain keywords that have a proven conversion history.

Increasing exposure on a performance campaign that already has traction

If you have a performance campaign that is getting 20+ clicks a day and is performing below your maximum allowable ACoS, you can use Automation to see if there are more sales available at a higher ACoS.

Simply set the ACoS target to 5-10% above current performance levels and Automation will increase bids if Prestozon thinks there is more exposure available above the current bid. If that new bid doesn’t perform below the ACoS target then we’ll lower it back down.

If you decide you would rather have the performance you saw at the lower target, just reset the ACoS target to the previous level. Automation will adjust the bids over time to achieve that ACoS target.

Maintaining performance as the market shifts

Sometimes you just need to take the weight of maintaining your PPC off your mind. As seasons change, competitors enter and leave your market, and the overall ad market on Amazon changes, you will need to adjust your bids. Automation can take that stress off your shoulders.

Just set your ACoS target to the current performance and let us keep your bids in line. If there’s a fast shift in the market (like Christmas) it will take some time for Automation to find the new best bids, but it will do so without you having to think about it.

Probing for exposure in a research campaign

Maybe you just launched a new product or are getting serious about advertising an existing one. You have a list of hundreds of keywords that you think might work but you understand that they need to be tested. Create a research campaign! Throw all those keywords into one campaign as broad match keywords and turn on Automation.

We’ll search for a good bid for each keyword. As you get more exposure, make sure to use the Search Term Explorer to find search terms that convert and move those out (make them negative exact) and into your performance campaigns. This way your research budget will actually go into researching. We have a new feature coming out soon that will do all of this for you!

When not to Use Automation

Automation is a powerful tool and can yield unexpected results if you don’t have a goal in mind. Here are some instances we recommend being careful about using Automation.

If you have 100 campaigns that are all spending $1/day and you turn on Automation for everything at once, Prestozon Automation will try to find out why you’re not getting much exposure and will increase bids. If many keywords start getting exposure at the same time as a result of bid increases, your spend can go up significantly. If your budget was set to $10/day for each of these campaigns you might spend $1000/day where you were previously only spending $100/day!

This isn’t necessarily bad – If the keywords in these campaigns were selected with care and turn out to be successful, that might yield 10x the sales you were getting. However, if they don’t turn out to be high conversion keywords, your ACoS will just go up. Nobody wants that.

Estimating achievable ACoS is a tricky thing. Some products simply can’t perform below 50%. Some easily achieve 3%. This has to do with the competitiveness of your market, the price of your product, and the CPC in that market. Sometimes you can perform at a good ACoS, but the sales volume will be low.

If you have a campaign performing at 100% ACoS and set the target to 20%, Automation will try hard to achieve that. The only problem is that there might not actually be any sales available at 20% ACoS! So Prestozon Automation will decrease the bids until you stop getting clicks, essentially pausing the keyword as your desired performance wasn’t achievable.

This can look weird on the graph. If it takes your spend from $25/day to $3/day and from a sale every day to a sale every couple days, ACoS may increase. If this happens, we recommend either pausing the campaign because your desired ACoS isn’t achievable (maybe this product isn’t profitable to advertise) or simply reducing all bids to $0.02 or $0.05 and letting it run to get what sales it can. Turn automation off for this campaign.

Lots of keywords that need testing

As mentioned above, if you have 1000 keywords that you want to test and Automation increases the bid to see if that keyword can get impressions, spend may go up dramatically. Because we’re researching these keywords, we don’t know what performance will be like. Maybe some of them perform at 5% ACoS, and maybe some don’t get any sales. Generally most keywords don’t get any sales.

Only use automation in this case if your research budget can handle all of the 1000 words. If it can’t, don’t turn on Automation. Instead, manually increase the bid on a small set of the keywords and see how they perform. Or you can try pausing most of the keywords and letting Automation run on the remaining enabled ones. In all cases, make sure you set aside enough money to fully research the keywords. If you don’t finish the research it really is wasting money!

Other tips and tricks

How do I set a research budget?

It costs money to learn what keywords work and don’t work. Your best bet is to make peace with this fact and set a budget. Here’s a guideline.

If your product has a 5% expected conversion rate, you shouldn’t expect a conversion on any search term until it gets 20 clicks. And if the CPC is $0.50, that means each search term needs at least $10 to research. Preferably more like $15, given that there is variability in conversion rate so you might not get an order right at 20 clicks. Here’s that equation:

If you have an exact keyword you want to research, then this is easy. Just allocate $15 for each exact keyword. But usually it’s not this simple, because it’s far better to use broad match for research purposes. Each broad keyword might get exposed to 10-100 search terms (or more! Sometimes we’ve seen thousands of search terms on a single keyword.) That means you need $150-$1,500 for each broad keyword!

Now, if you have a bunch of broad keywords, chances are there’s some overlap on which search terms they will show for. One approach is to throw in all of your broad keywords, let the campaign run for a week, then come back to the Prestozon Search Term Explorer and see how many search terms you’re getting exposure for. Count how many you get a meaningful number of impressions on and multiply it by the amount you calculated you need to spend on each. That will give you a ballpark estimate for how much you’ll need to spend on search term research for this campaign.

It’s important to have realistic research expectations. Most categories require $500+ to find a good number of converting search terms.

When does Automation start making changes?

Automation takes effect as soon as you activate it for each campaign. In addition, we take action on a nightly basis based on your updated ad performance data for that day.

How to Turn on Automation

Go to the Campaign Manager page in Prestozon (found in the top navigation bar). For every campaign that you want automatically managed, toggle Automation ON. Then click Apply on the top of the table. It may take a few minutes to start automatically applying your existing Bid Suggestions. Make sure your ACoS target is set properly first!

We hope this guide was helpful!