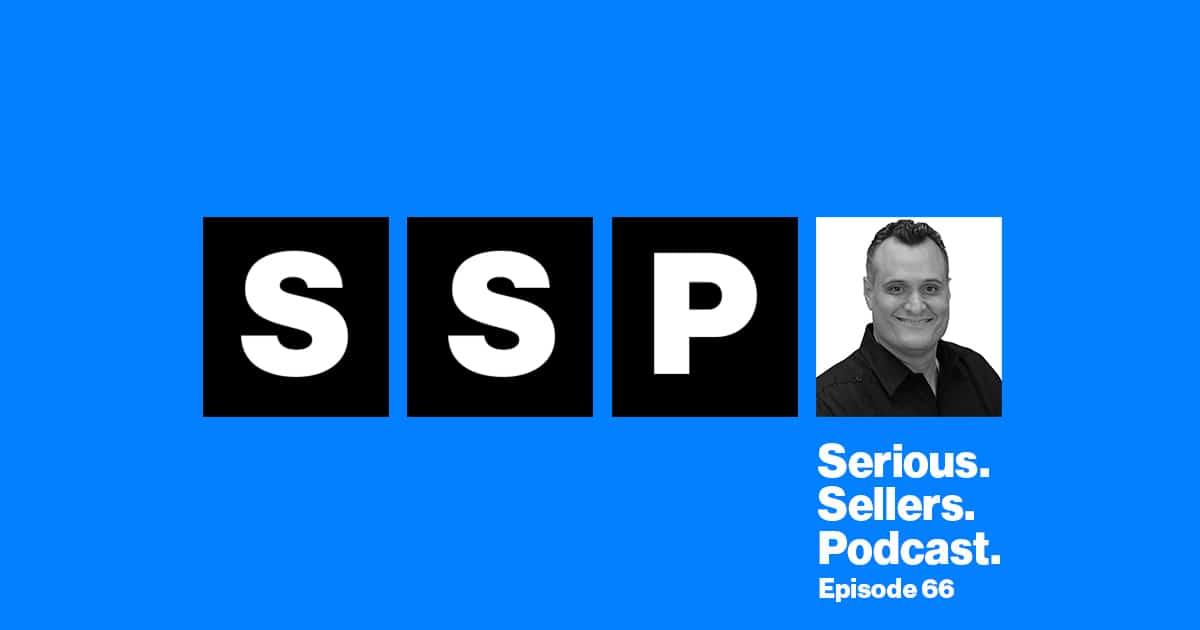 Imagine gazing out your office window on a warm day and thinking about going out for a little walk during lunch and simply not coming back.

When Carlos Alvarez was in the 4th grade, he did just that.

If you have school age children (and you don’t want them to get any clever ideas) this is an episode that you might want to watch privately, because this story of truancy was the beginning of a hugely successful 9-figure Amazon eCommerce empire.

On today’s episode of the Serious Sellers Podcast, Helium 10’s Director of Training and Customer Success, Bradley Sutton speaks with Carlos Alvarez about his very unique Amazon marketing strategies that have given him the nickname, the Wizard of Amazon.

One of his aha moments came when after joining a Meetup group, he saw the passion and support that came from a shared purpose and quickly thought of a way to use the platform in his eCommerce business.

Now, because of Carlos’ innovative approach he was recently appointed as the first City Organizer by Meetup, serving as a liaison between Meetup.com and all other Meetup Organizers in the city of Miami.

Carlos might have been unhappy in a classroom but that doesn’t mean that he didn’t understand the value of hard work.

He had always been an entrepreneur dating back to his school days. He started selling candy at the middle school as well as cutting grass and washing cars.

They say that there’s a woman behind every successful man, and in this case, as Carlos tells it, it was a very expensive girlfriend.

He was working four jobs at the time but still couldn’t seem to keep up.

After finding out about selling on eBay and almost immediately running out of stuff lying around the house that he could sell, he discovered Alibaba.

He quickly found a true niche product and literally couldn’t keep up with demand.

At that point, two pivotal events happened one after the other.

His family demonstrated their confidence in his business with a significant financial investment of 80 thousand dollars.

He lost every penny when the new “factory” turned out to be a scam.

Unwilling to tell his family that he had failed, and thinking only of creating seed money, he realized that he had very little left to sell.

He did however have two semi-valuable snakes.

This is where Carlos’ story takes a very unexpected turn. While at the pet store he overheard the clerk speaking with a customer about the cost of live worms going up and Carlos immediately thought to himself, “I’ll dig for worms and I can sell those all day long.”

He must have dug up a fair number of worms because 12 months later, Carlos would sell his first insect business for over two and a half million dollars.

In addition to having built and sold several brands in Amazon business categories including, grocery, apparel, kitchen & dining, beauty, electronics, supplements, coffee, and lawn & garden, Carlos is still selling insects because as he says, “In the insect space on Amazon, it’s the wild west.”

Listen to today’s episode for more outside-the-box wisdom and stories from Carlos’ wild ride on Amazon.

In episode 66 of the Serious Sellers Podcast Bradley and Carlos discuss:

Follow Us
Helium 10
The Helium 10 Software Suite will allow you to gain an unfair advantage over your competitors as it was designed and battle-tested by Amazon's top sellers. So if you want more sales, more time, lower PPC costs, and if you want to discover hidden keywords your competitors don’t use then start using Helium 10 -- the same tools top Amazon sellers use on a daily basis.

Amazon Breaking News: Potential Roadblock for Those Wanting to Launch Products in Q3 or Q4
Amazon Buyers Can Find Your Home Address In 30 Seconds? How to Keep Your Personal Information Safe
Good News For Those Worried About Inventory Restrictions in Q3 and Q4!
The 2021 Amazon Keyword Research Strategy Blueprint
How to Manage Amazon’s Possible Quantity Limits for New Products
Did You Miss It? Black Box and ADS Updates, Amazon India and Mexico Access, and an Acquisition Announcement
Why Moms Have the Competitive Edge on Amazon
How to Jump Start Your Approach to Selling Wholesale on Amazon
Why is Listing Optimization Important?
Amazon PPC Campaign Structure 101